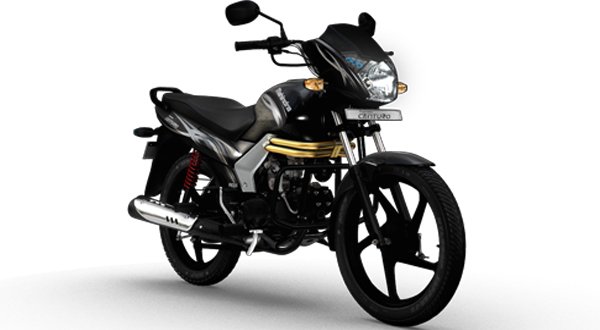 “Mahindra” is a popular Indian four wheeler company that has manufactured various cars and pickup trucks which are successfully sold all across the world. The same company entered in the world of two-wheelers to provide the budget-friendly motorbikes and scooters to the middle-level income group. The company was already producing scooters and after some period of time, Mahindra decided to launch a motorbike and introduced the Mahindra Centuro.

The Mahindra Centuro, unlike other motorcycles, is featured with the characteristics that are found on the cars. The Mahindra Centuro comes with the feature of remote lock with flip key and the particular lock also uses 96-bit secure access. Also, the bike is featured with find-me lamps that helps riders to find their bike in the parking lots and the same lamp too has got other specialties as well.

Also, the Mahindra Centuro has got the height of 1111 mm and the motorbike is 2031 mm long. The wideness of the motorbike is of 780 mm and the bike also weighs 120 kg. Besides, the front wheel and the rear wheel maintain the gap of 1265 mm from each other, and the bottom of the bike is 173 mm far from the ground.

Further, Mahindra has powered the motorbike with Micro Chip Ignited-5 Curve (MCi), single cylinder, air cooled, 4 stroke engine which is capable of producing maximum power of 8.5 bhp and maximum torque of 8.5 Nm along with displacement of 107 cc. Besides, the motorbike is equipped with telescopic, coil spring front suspension and coiled 5-step adjustable rear suspension.

Moreover, Mahindra exports the Centuro in Nepal under the dealership of SG Global Private Limited.