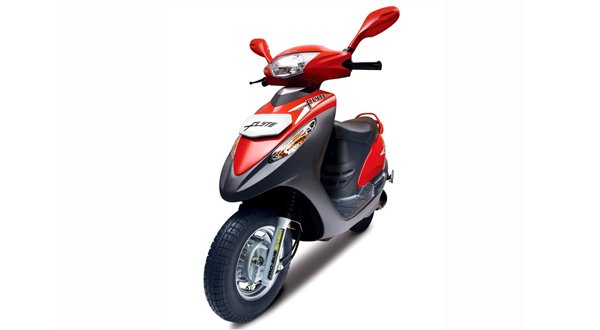 Mahindra is a renowned two-wheeler company which has manufactured number of motorcycles as well as scooters. The same company, giving continuity to this trend, released a new scooter named the Mahindra Flyte.

The Mahindra Flyte has been built on the normal body design. The scooter looks simple and the graphics painting is also not so high on the scooter. The front part of the scooter has been featured with sharp looking body. The rear part of the scooter features taillight inside a stylish housing and sidelights on each side.

Besides, the scooter is equipped with 124 cc engine which is capable of producing maximum power of 8 bhp and maximum torque of 9 Nm. The bore and stroke of the scooter is of 52 and 57 mm and the engine can either be started electrically or by using a kick. Further, the scooter is featured with telescopic front suspension and hydraulic rear suspension.

Moreover, Mahindra has been exporting the Flyte in Nepal under the dealership of SG Global Private Limited.