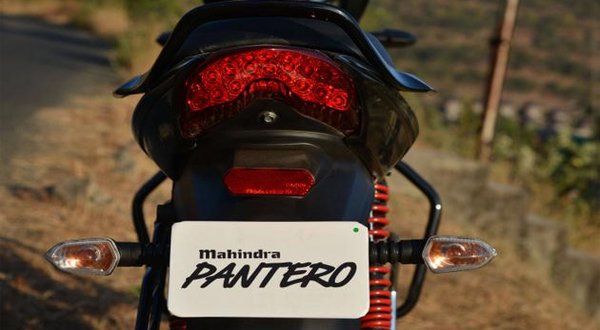 Mahindra has been manufacturing numbers of economical motorbikes and motor-scooters, and giving continuity to its tradition, Mahindra launched it’s another budget-friendly motorbike, Mahindra Pantero.

The Mahindra Pantero is available in two variants; analogue and digital. However, both analogue and digital variants of Mahindra Pantero feature the height and length of 1050 mm and 2000 mm respectively. The wideness of both motorbikes is of 735 mm and both weighs 120 kg. Besides, the fore wheel of the bike is 1265 mm far from the rear one and the chassis of the bike maintains the gap of 165 mm with the ground.

Furthermore, the Pantera has been powered with 106 cc engine which is capable of producing maximum power of 8 bhp and maximum torque of 8.5 Nm. Also, Mahindra has equipped the bike with telescopic, coil spring front suspension and coiled 5-step adjustable rear suspension.

Moreover, SG Global Private Limited has been importing the Pantero in Nepal.