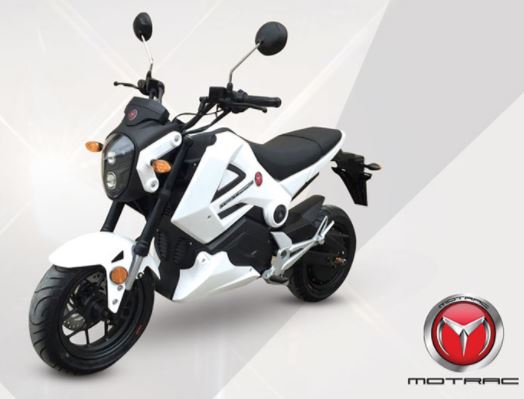 Motrac is a popular company which has manufactured small two-wheelers both electric engine and petrol engine like the E-M5, Motrac M-OX, and so on. The company, following the same tradition, released another electric motorcycle the Motrac E-MX.

The Motrac E-MX has been built on the same body design as of the Honda’s MSX 125, however, the company has made some changes to make it distinguishable. The e-bike has been featured with dual headlight kept inside stylish housing. The company has also furnished the e-bike with qualitative seat that promises on the comfort of the riders and the pillions.

The Motrac E-MX is 1764 mm long and 990 mm tall. Also, the e-bike has got the wideness of 750 mm, and possesses weight of 120 kg. The front wheel, further, maintains the gap of 1204 mm with the rear wheel and the e-bike is 180 mm far from the ground. Besides, the company has equipped the e-bike with 2100w, brushless direct current motor that provides maximum power of 2.8 bhp.

Moreover, the E-MX gets imported in Nepal under the dealership of SLR Techno & Trade Pvt. Ltd.