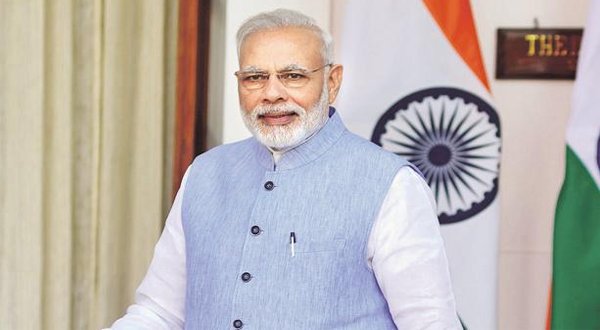 Narendra Damodardas Modi is the 15th and current Prime Minister of India, in office since 26th May 2014. He is also the leader of Bharatiya Janata Party (BJP) and was the former Chief Minister of Gujarat from 2001 to 2014. He is the second most followed politician in social media after U.S. President Barack Obama. As the prime minister of India, he earns a salary of Rs. 1.6 lakh per month. In total, his annual income comes to Rs. 19.2 lakh per month. He is ranked on No. 12th in the list of the highest paid political leaders in the world. He was born in 17th September 1950,

Narendra Modi is originally from Gujrat, Vadnagar, belonging from the family of grocers which is counted as Other Backward Class according to the Indian Government. He is the third children among 6 from his family. During his childhood, he helped his father in selling tea at Vadnagar railway station, and later he managed to run a tea stall net a bus terminus. He has completed his education up to class 12th from Vadnagar in the year 1967. Modi in his childhood was more interested in theatre. He was engaged to Joshodaben Narendrabhai, a local girl, when he was 13 years old and later married to her when he was 18. But after graduating from his high school, he rejected the marriage and ran away from his home and went to settle under his uncle. He also began his education again and in 1978, he got a political science degree from Delhi University through distance education course. In 1983, he completed his MA degree from Gujarat University with political science as the major.

Narendra Modi was assigned to BJP by RSS in 1985. His foray into electoral politics occurred in 1988 after his election as the organizing secretary of BJP’s Gujarat Unit. His growth in his party was helped by his various activities including organizing Ayodhya Rath Yatra of L.K. Advani in 1990 and 1991-1992 Ekta Yatra of Murli Manohar Joshi. His leadership and strategy led to party’s victory in the Gujarat assembly election of 1995. He became the Bharatiya Janata Party’s national secretary in November 1995 and moved to Delhi. Modi helped prominent Gujarat BJP leader, Shankersinh Vaghela to win the election, for which he was promoted as the General Secretary of BJP. In 2002, he came to power as Chief Minister of Gujarat by replacing Keshubhai Patel. In 2002, he resigned as CM due to widespread criticism after 2002 riots which many described as a state-sponosred terrorism and pogrom, and the assembly was dissolved. He won the 2002 assembly election with a majority and was shifted from Hindutva to economic development of the state and decreased the influence of varied RSS organization on the administration. 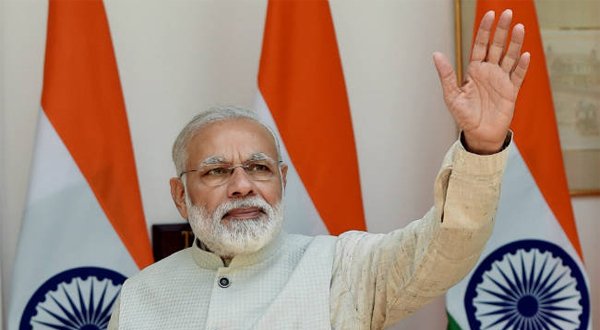 Modi was re-elected as Gujarat Chief Minister in 2007 and 2012. Similarly, he was elected as the BJP PM nominee for the 2014 general election of India. He came out with a landslide single party majority victory, one which was not seen since 1984. After being the Prime Minister of India, his net income per year is INR 19.20 Lakhs and he had declared his total net worth during Parliamentary Election as 1.51 Crore. He has climbed the heights of political career rom RSS to joining BJP. With a total net worth of 1.51 Crore, he has been on #12 highest paid political leaders in the world.

Things to know about Narendra Modi