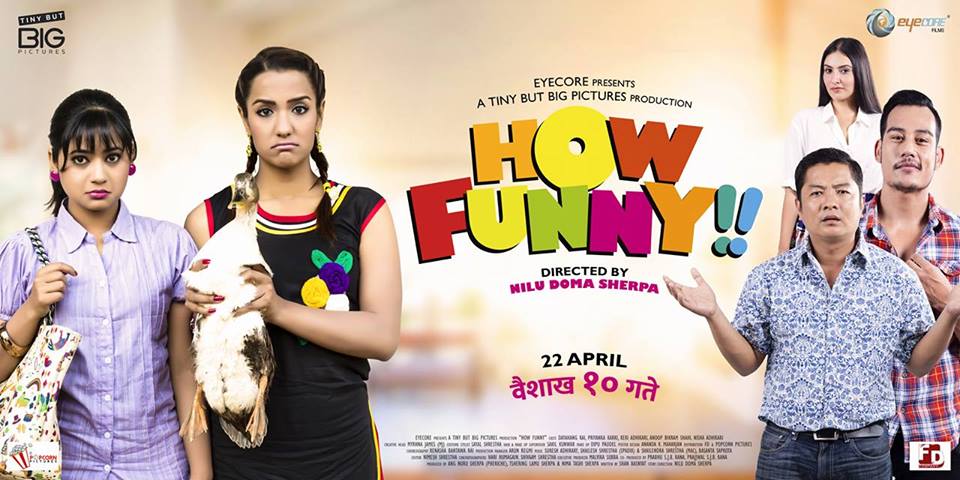 The movie begins with the slow motion DSP Tejbahadur who is going to present a speech but lacks the quality due to his slow motion on giving speech. Then comes Heera Samraagi who is missing from some days as she is the daughter of a rich man, her father threatens DSP Tejbahadur to find his daughter on any cost. DSP Tejbahadur then finds two girls Ramita and Pushpa to spy on the gang who kidnapped Heera. The trailer makes us feel How Funny is a complete comedy movie as we got to see the comedian Sandeep Chhetri too at the end of the trailer. To know if DSP Tejbahadur along with his two spy girls succeed to find out Heera or not you have to wait till the release date of the movie.

The official trailer of How Funny is released by OSR Digital as the movie is scheduled to release on 10th Baisakh 2073 (22 April).