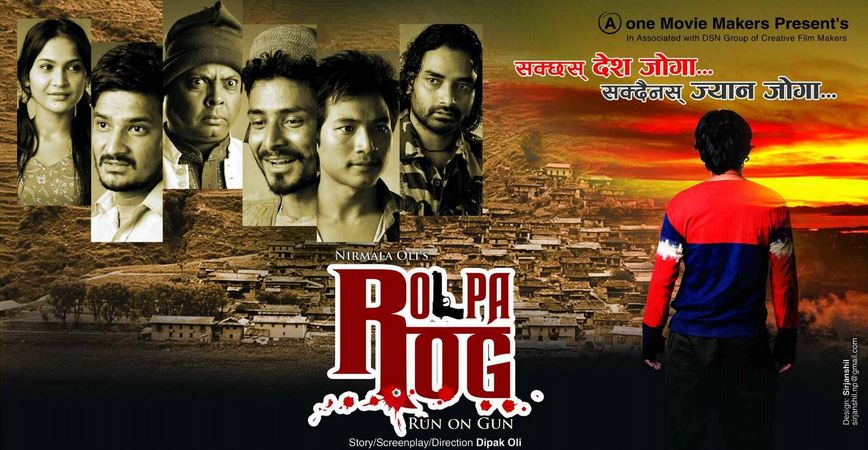 The official trailer and posters of upcoming Nepali movie Rolpa Rog has been released by the movie team. Nepali movie Rolpa Rog is a story of three youth from Rolpa whose life style changes as the Moist begin their campaign to fight against the government. Rolpa was the headquarter of Moist during the 10 years long Moist revolution. Young director Dipak Oli has presented the movie starring Shishir Bhandari, Kuldeep Adhikari, Janak Thapa, Rambabu Akrosh, Mukunda Bhushal, Ramchandra Adhikari etc.

The movie has a slogan,’If you can save the country else save yourself‘. The movie is set to release on 24th Baisakhh 2073 which is postponed due to the official release date of Nepali movie Nai Nabhannu La 4 by Bikash Acharya and Rampyari by Rekha Thapa.

The movie Rolpa Rog is produced by Thalbahaduri Oli, directed by Dipal Oli, presented by Nirmala Oli, Cinematography by Nawaraj Upreti and Nischal Poudel, Choreography by Ashok BK, Music by Govinda Madhur Acharya and Shishir Bhandari. The movie is releasing under the banner of A One Movie Makers.