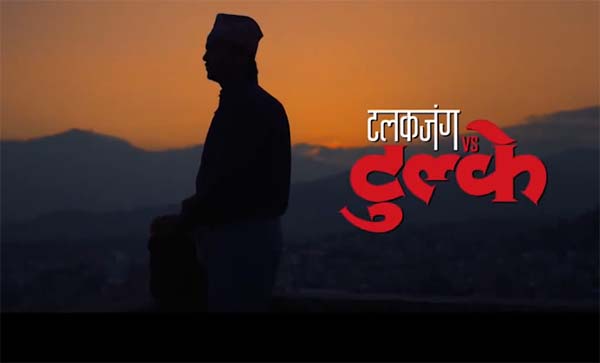 After the grand success of Nepali Movie Loot, the director of the movie Nischal Basnet became a renown Nepali Movie personality in short period of Time. His directed movie Loot was able to pull audiences to the theaters being one of the blockbuster movie of the year 2012. After Loot Nischal appeared as a lead role actor in the movie Kabaddi which was too a successful movie of the year 2070. And here we have him back as a director on the upcoming releasing movie Talakjunk vs Tulke which is scheduled to release on 14th Kartik 2071. The movie features Khagendra Lamichhane, Dayahang Rai, Richa Sharma, Sushank Mainali, Rabindra Singh Baniya, Prakash Ghimire, Rjani Gurung and Buddhi Tamang in the lead roles. Talakjung vs Tulke is a joint venture of Rabindra Singh Baniya, Ramkumar, Baniya, Rojina Sitaula and Sita Shrestha. Here is the exclusive teaser of Talakjung vs Tulke which was released recently via the movie’s official Youtube Channel.