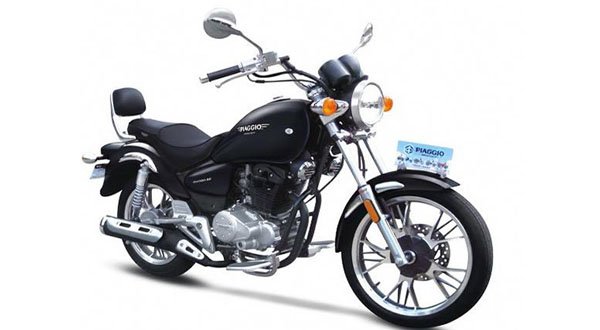 Piaggio is a renowned two-wheeler company which has manufactured famous motor-scooters like the Vespa Elegante, Vespa SXL, Vespa VXL. The same company has been manufacturing many motorcycles under the name of Piaggio, and following the same trend, Piaggio introduced a new cruiser bike, the Citypard 150.

The Citypard shares the same body platform as of other cruiser bikes like Bajaj Avenger, and others. Also, the bike has been featured with classical round headlight, and analogue meter console. The bike also possesses stylish exhaust and it also features high quality seat. The bike has also been featured with unique alloy wheels.

Moreover, the Citypard 150 has got the height of 1200 mm and is 2110 mm long. Further, the front wheel of the bike maintains the gap of 1410 mm with the rear one and the bike is 150 mm far from the ground. Besides, the bike weighs 150 kg after carrying all its parts.

Further, Piaggio has equipped the bike with single cylinder, four stroke, air cooled engine which is capable of producing max power and torque of 10 bhp and 9.3 Nm respectively along with displacement of 124 cc.

Besides, Anna Automobile Pvt. Ltd. has been importing the Piaggio Citypard 150 in Nepal.