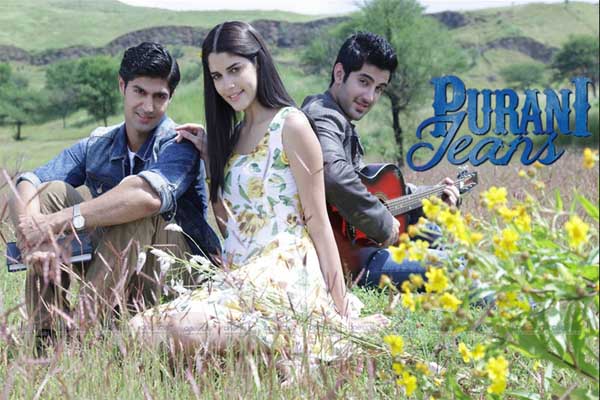 Purani Jeans is a movie that portrays friendship as a pair of old jeans; the more the jeans are worn, the better they get. The summer unfolds in a very dramatic manner as the boys are forced to make harmful choices. They make choices concerning sex, love, friendship, heartbreaks, jealousy and betrayal which finally leads to broken friendships. The film journeys with Siddharth as he tries to find out equations from his past. Siddharth tries to re-establish friendships with his four friends whom he had grown up with in Himachal Pradesh, India.

When Siddharth arrives back in India from the United States, after twelve years, he gets haunted by ghosts from his past. He manages to overcome all the complications and right every wrong he had done in the past. In doing so, he gets to rediscover the friendship bonds. He returns to New York a changed man having made up with his past. He now believes that friendship is most definitely like Purani Jeans. The older the Jeans get, the better they become.

The film is directed and written by Tanushri Chattrji Bassu. It is produced by Manju Lulla under Eros International Company.

The cast in the film are:

Izabelle Leite, Aditya Seal and Tanuj Virwani are the actors playing the lead roles in the film.

The film is set to be released on 1st May 2014. The first look of the film was shown on 8th March 2014. The soundtrack in Purani Jeans movie is by Ram Sampath. The audience is totally excited about the movie since it lays its emphasis on the importance of friendship. The Purani Jeans movie is an action-romance film which basically a story about friendship. Two best friends Sam (Aditya Seal) and Sid (Tanuj Virwani) fall in love with one girl Nayantara (Izabelle Leite). This causes a lot of pressure on their friendship. It results in sorrow, tears, misunderstanding, arguments and finally forgiveness and making up.

The movie promises to take the audience down memory lane to the most memorable days in their lives; the days when youngsters achieve maturity. It reminds someone about the promises they have made and broken. It is appealing to many people because of its simplicity and uniqueness.

The trailer of the film is meant to be unveiled on ErosNow. The movie is set in the mid-90s and takes the audience through many emotions as the friends make the effort to make up. The producer Manju Lulla agreed to support the film because he was greatly impressed by the story line and narration. It also meant taking forward the vision of Eros International of supporting new talents. The movie is in the Hindi Language and brings out the youthful days about friends and that comfortable pair of Prank Jeans. The film simply outlines friendship as a pair of Purani jeans, the older they get, the better they become!