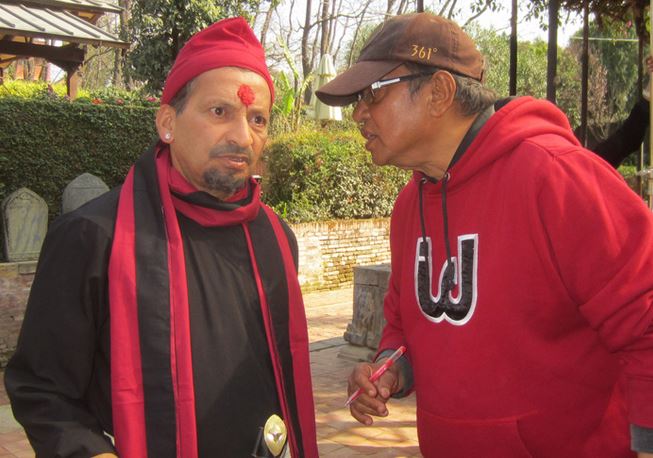 Popular comedian Rajaram Poudel will be appearing in the upcoming historical movie “Seto Bagh” which is based on the book of Diamond Shamsher JBR. He is doing the role of “Bhola” in the movie as told by Nir Shah although he had planned to take new faces for his movie.

“Raja is doing very fabulous job and i am feeling the difference of his acting than before”, said Nir Shah. Rajaram had already worked with Nir Shah in Nepali “Basudev” and “Bashanti” but was unable to work on the movie “Mashan” due to his visit to Malaysia.

According to Nir Shah he is going to add two more popular faces in his movie. Around 30 percent of the shooting for the movie has been completed till now. Nir Shah has planned to make a serial and a movie with the story of Seto Bagh.