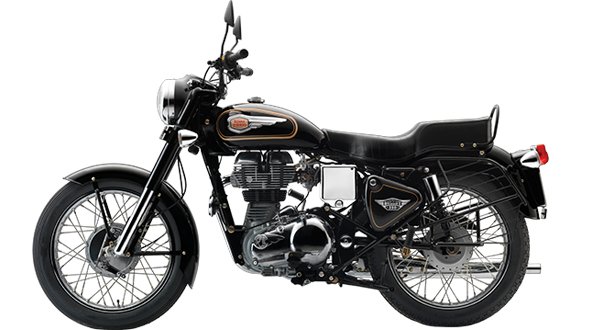 The Royal Enfield Bullet has been built on a different body platform which gives it a unique look. The graphics painted on the bike also looks stylish and the seat is also well cushioned. The taillight of the Electra series looks different than the Classic.

Also, the Bullet Electra possesses height of 1120 mm and is 2140 mm long. The bike, besides, has got the wideness of 810 mm and the bike weighs 187 kg. Further, the front wheel and the rear wheel of the bike maintain the gap of 1370 mm with each other and the lower chassis of the bike is 140 mm far from the ground.

Moreover, the Electra has been powered with same 4 stroke, air cooled engine which is capable of providing maximum power of 19 bhp and maximum torque of 28 Nm along with displacement of 346 cc. Also, the bike is equipped with telescopic, hydraulic damping, stroke 130mm front suspension and swing arm with gas shock absorbers, stroke 80mm rear suspension.

Furthermore, Electra gets imported in Nepal under the dealership of Dugar Automobiles Private Limited.