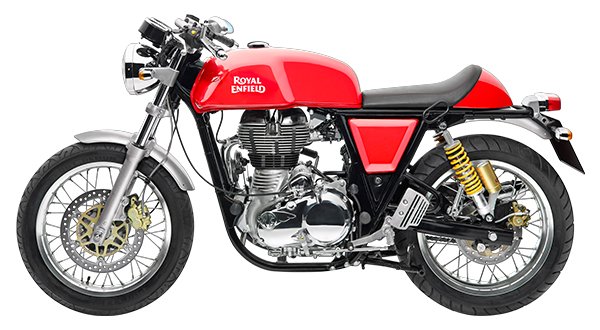 Moreover, the Continental has got the height and weight of 1070 mm and 2060 mm respectively. Also, the bike possesses wideness of 760 mm having the weight of 184 kg. Further, the front wheel maintains the gap of 1360 mm with the rear wheel and the bike is 140 mm far from the ground.

Furthermore, Royal Enfield has powered the motorbike with 4 stroke, air cooled engine. The particular engine is capable of producing maximum power and maximum torque of 29.1 bhp and 44 Nm respectively along with displacement of 535 cc. Besides, the bike is equipped with telescopic 41 mm forks, 110 mm travel front suspension and paioli, twin gas charged rear suspension.

Besides, Royal Enfield has been exporting Continental in Nepal under the dealership of Dugar Automobiles Private Limited.