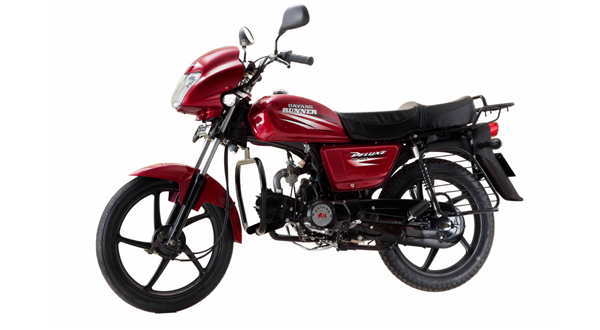 Runner Automobiles is a two-wheeler manufacturing company which has been operating in Bangladesh. The company has manufactured various budget friendly scooters and motorcycles, and the Runner AD80S Deluxe is one of them.

The AD80S has been manufactured on the simple body platform. The fuel tank looks small, and the bike is featured with normal headlight. Also, the bike is featured stylish seat which doesn’t compromise in the comfort of the rider and the pillion. Besides, the bike possesses alloy wheel instead of spokes, which can be noted as a good thing.

Moreover, the AD80S acquires height and length of 1170 mm and 1880 mm respectively. The wideness of the bike is of 865 mm, the wheelbase of the bike is of 1235 mm and the bike maintains the gap of 179 mm from the ground. Furthermore, the bike is powered with four stroke engine which is capable of producing maximum power of 6.14 bhp @ 8500 RPM along with displacement of 85 cc.

Besides, Raman Motors Pvt. Ltd. has been importing the Runner AD80S in Nepal.