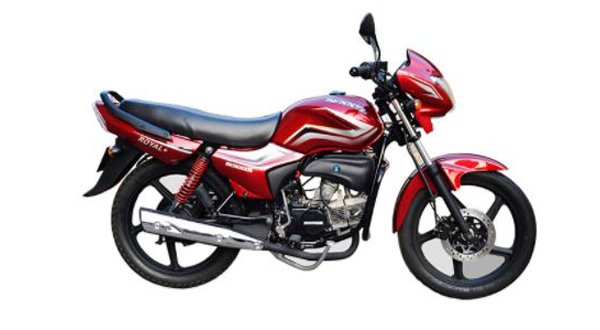 The Runner Royal Plus has been built on the simple body platform. The fuel tank looks normal and the headlight is also kept inside average-design housing. However, the graphics painted on the tank and the visor doesn’t look that boring. Also, the company has furnished the motorcycle with quality seat.

Moreover, the Royal Plus has got the length of 2025 mm and is 1235 mm tall. Also, the motorcycle possesses wideness of 785 mm and weight of 114 kg. The front wheel of the motorcycle, further, maintains the gap of 1290 mm with the rear wheel and the bike is 138 mm far from the ground.

Furthermore, Runner has equipped the motorcycle with four stroke engine which is capable of producing maximum power of 8 bhp @ 7500 RPM and maximum torque of 7.8 Nm @ 6000 RPM along with displacement of 109.1 cc. Besides, the bike has been featured with hydraulic telescopic front suspension and coil spring hydraulic rear suspension.

In Nepal, Runner Royal Plus gets imported under the dealership of Raman Motors Pvt. Ltd.