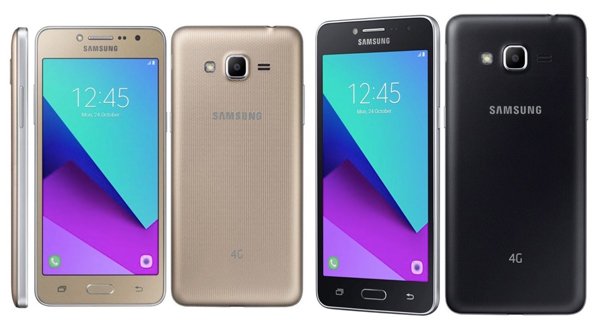 The Samsung Galaxy J2 Ace has been built up with body design as of other devices of J Series launched by the Samsung Electronics. The device has got the same design as of Galaxy J7 and J7 (2016) which helps it look little bit classy. The device, comparing to predecessor Galaxy J2 Pro and J2 2016, is a little bit thick and high-weighted too. Just like Samsung’s other smartphones, Galaxy J2 Ace has got the same look. The device, in the forepart features an earpiece on the top, a front facing camera and has sensors alongside. There is a home button, a recent app button and a back button featured under the display of the gadget and the two recent app and back buttons lacks backlit.

Comparing about the display between both devices, the Samsung Galaxy J2 Ace has a big screen having 5.0 inches TFT PLS screen and 540 x 960 pixels with 220 ppi pixel density whereas, the Galaxy J2 had 5.0 inches 720 x 1280 pixels 294 ppi pixel density screen. Though J2 Ace lacks SAMOLED technology, it can be used on bright lights too without any hesitation.

Besides, talking about software of Samsung Galaxy J2 Ace, it runs Android 6.0 Marshmallow version out-of-the-box. The device, Samsung Galaxy J2 Ace features with Mediatek MT6737T Quad-Core 1.4 GHz Cortex –A53 processor, Mali-T720MP2 graphic processor and 1.5 GB of RAM. Moreover, the Samsung Galaxy J2 Ace comes with 8 GB of internal memory which can later be expanded upto 256 GB using a microSD card. Nevertheless, its predecessors J2 Pro and J2 2016 have got 16 GB of ROM. None of the device features fingerprint protection.