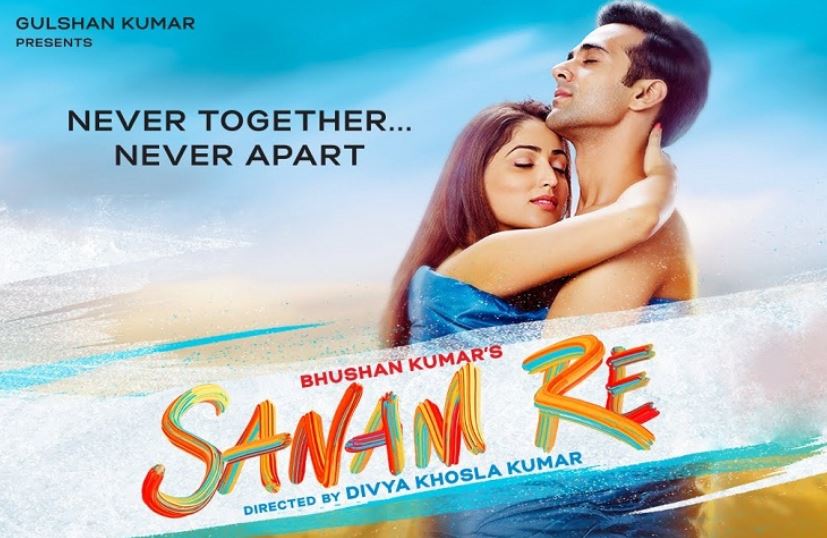 Sanam Re is one of the most anticipated releases of this year with faces that are new but are definitely promising. Directed by Divya Kumar Khosla, Sanam Re is a romantic drama that hit the theater on 12th February, 2016. The movie was produced by Bhusan Kumar and Kishan Kumar. Pulkit Samrat, Yami Gautam and Urvashi Rautela played the major roles in this movie. However, veteran actor Rishi Kapoor also have prominent role in Sanam Re. The movie has been released under the banner of T-Series and Prateek Entertainments Ltd.

The movie revolves around three characters and their intense love story. The Movie is about Aakash (Pulkit Samrat) and Shruti (Yami Gautam) who fell in deep affection during the childhood in a small village of Himachal Pradesh. However, their bonding got stronger with the teenage before Aakash made his way to Canada to make his career. Soon, he fell in love with another girl played by Urvashi Rautela but the memories of Shruti keep on disturbing him. But, the fate plays its part as Aakash meets Shruti after many years in Canada. The sentiment and the quest of true love makes Aakash confuse and he eventually fall in love with Shruti. This is a pure romantic drama that Divya Khosla Kumar wanted to give the audience on the week of Valentine Day.

The movie is full of energy and promising actors for tomorrow. However, none of them disappoint you in the movie. Pulkit Samrat, the Fukrey fame actor gave his best and he looked matured as an actor. On the other hand, Yami Gautam who was launched in Vicky Donor continued her glamorous avatar and looked stunning throughout the movie. Urvashi Rautela made her debut but she looked comfortable and showed her acting skills as well. However, the narration, script and direction of the movie let them down. Director missed many links in the connection between the events are now and there missing. However, the cinematography of Sanam Re is one of the best in the Bollywood with beauty of Himachal Pradesh. The landscapes captured in the movie can be the lone reason to go and watch it. However, as far as the material and significance of script is concerned, it lacked. But, matured and quality acting uplifted the movie and it was liked by many for the same.

The movie has enough marketing and promotions prior to the release. The reported romantic link up between the lead actor Pulkit Samrat and Yami Gautam gave it even more boost and that translated on the opening day. Sanam Re opened with INR 5.04 Crores leaving behind big budget and big star movie Fitoor. It further collected around INR 12 Crores on the weekend and the steady growth gave it around INR 25.82 Crores on the first week of release in India. The movie collected INR 33.88 Crores on 17 days of Box Office Run and has been declared a Hit in the Box Office.