Who is Sarah Hyland?

Aged 27, Sarah Hyland is an America based actress and singer who won the Outstanding Performance by an Ensemble in a Comedy Series. Sarah is famous for portraying the role of Haley Dunphy in ABC’s television sitcom Modern Family. The actress has also worked in other films like Geek Charming (2011), Struck by Lightning (2012), Scary Movie 5 (2013), Vampire Academy (2014), etc. 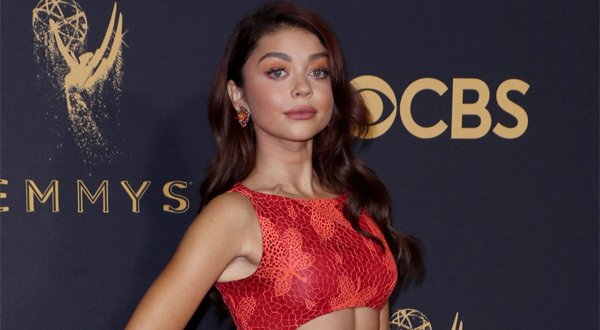 Sarah Hyland was born on 24th November, 1990 in Manhattan, New York to actors Melissa Canaday and Edward James Hyland. She also has a brother, Ian Hyland who is also an actor. Growing up in Manhattan, she completed her education from Professional Performing Arts School.

Sarah made her movie debut at the age of seven through film A Tail Winter’s Tale in 1997. The same year, she appeared as Howard’s daughter in film Private Parts. In 1998, Hyland starred as Molly in film The Object of My Affection and Lizbeth in Advice from a Caterpillar. Besides, the actress had a small role in Another World’s episode “No Secrets”. Besides, she portrayed Audrey Hepburn in a TV film The Audrey Hepburn Story.

In the year 1999, Sarah starred as Silvano – Giovanna in Tim Robbins’s film Cradle Will Rock. The same year, she appeared as Molly in ABC’s television series Annie. In 2000, Sarah played the role of Elizabeth Mitchell in Joseph Mitchell’s film Joe Gould’s Secret. Besides, she portrayed Karen in two episodes of All My Children. All these films added her net worth. Subsequently in 2001, the actress appeared as Lily Ramsey in an episode of Law & Order: Special Victims Unit’s episode “Repression”.

Sarah Hyland, later in 2002, starred in film The Empath as young Christine. Further, the actress portrayed the role of Grace in Touched by an Angel’s episode “A Feather on the Breath of God”. In year 2004, Sarah had a minor role in film Spanglish. Further, she appeared as Kristine McLean in an episode of Law & Order titled “The Dead Wives Club”. The following year, she played the role of Brianne Colby in an episode of Law & Order: Trial by Jury named “Vigilante”.

Sarah Hyland worked as voice actress in film Blind Date where she voiced Child in 2007. Besides, she played the role of Heather for seven episodes in ABC’s soap opera One Life to Live. The following year, she starred as Maddie Healy in NBC’s TV series Lipstick Jungle. She did the role for 15 episodes and earned healthy sum of money which helped her to increase her net worth. In 2009, she appeared as Jennifer Banks in Law & Order: Special Victim Unit’s episode “Hothouse”. 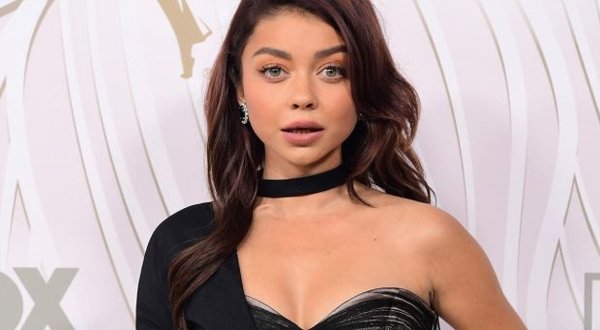 Recently in 2017, Hyland appeared in Lip Sync Battle. Besides, she worked in two TV film Dirty Dancing and The Lion Guard: The Rise of Scar. Moreover, the actress has been portraying the main character Haley Dunphy in ABC’s television sitcom Modern Family. She is playing the role since 2009 and has earned good amount of money which has increased her net worth.

Sarah Hyland has not worked in much film, yet the actress has earned a net worth of $10 million U.S. dollars. Her main source of income is Modern Family through which she earns $70,000 per episode. She has carried her acting debut since she was of 4, and her hard work has paid her with this net worth.

Must Know Facts about Sarah Hyland