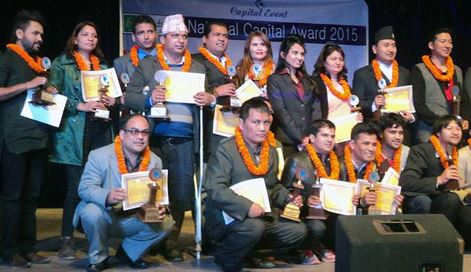 Komal oli has been awarded with evergreen folk singer and best movie songwriter award was handed to Ram Abiral. About two dozen personalities who have contributed in various fields of the country were felicitated on the occasion.