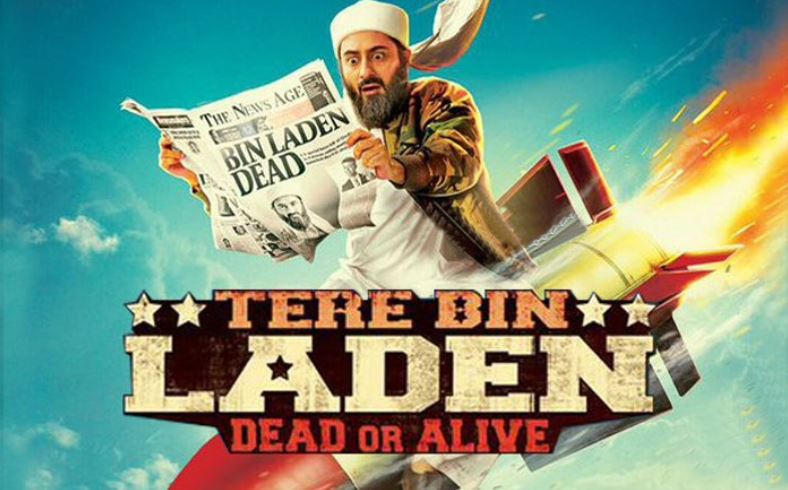 Tere Bin Laden: Dead or Alive is the sequel to the first installment of the movie, Tere Bin Laden. The comical satire is directed by Abhishek Sharma who has also written the story. The sequel movie is however not entirely connected but it has the similar platform and content. The movie features Manish Paul, Pradyuman Singh, Piyush Mehra and Sikender Kher in the lead roles. The movie has been released on February 26, 2016.

The movie revolves around the scenario when US claims that they have shot Osama Bin laden and wants the world to believe the same. However, the terrorists group wants otherwise. In all the controversies whether he is alive or dead, the story unfolds towards the rivilary between the terrorist group and United States. Khallili (Piyush Mehra) wants the world to believe that he is alive. He is an Arm dealer. In the midst of all controversies and confusion, a Hollywood producer David Chadha (Sikender Kher) hires budding Bollywood Director Sharma (Manish Paul) in the pretext of the Hollywood movie with doppelganger of Osama, Paddi Singh (Pradyuman Singh). The motive behind the shooting was to kill him and prove the world that Osama has been killed with a secret tape. The story unfolds into huge situation comedy and satire.

The movie has largely failed to impress the audience. There was no link and the content was also poor for the movie. However, Manish Paul has once again proved that he is one of the good assets in the comedy movies. However, the attraction of the movie was Pradyuman Singh who played the role of the doppelganger of Osama Bin Laden. His performance was rock solid as it was in the previous part. However, the story and direction was very poor and it failed to make any magic on the audience. The movie could have been better if the story could have been continued from the last part. However, the director decided to create a brand and went with something else keeping the plot and contents more or less same. The young actors showed some efforts but overall it is not something to be proud of.

Tere Bin Laden: Dead or Alive fell flat on the Box Office. The poor marketing and strategy of the release cost the movie. However, few people who have watched the Tere Bin Laden in 2010 came to the theater. The first day collection of the movie was poor and it opened with around 75 Lakhs INR. The trend was even disastrous and collected even lower on the following day. As per the latest report, the first weekend collection of the movie is around INR 2 Crores. The movie is not expected to run for more than a week and the life time business of the movie may come around INR 3 Crores. Tere Bin Laden: Dead or Alive has been declared as a Disaster in the Box Office as per the collection and the response.