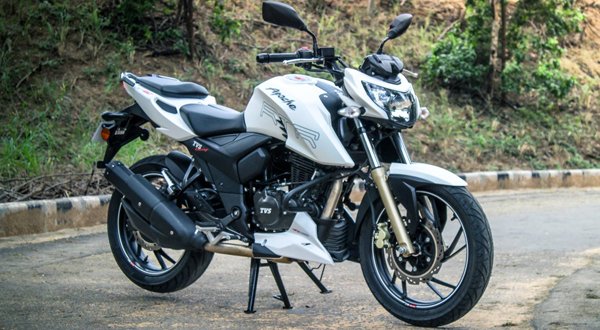 The competition between the two-wheeler manufacturers in the segment of 200cc motorcycles was growing, and to participate in the same competition, TVS a popular bike manufacturer launched the Apache 200, the big brother of renowned motorbikes Apache 160 and 180.

The new Apache RTR 200 4V has been built in a different body platform to give it a new look. The old designed headlamp has been replaced with new designed headlamp which is powered with LED lights on each side. The traditional visor has also been removed and a small sporty visor is placed instead of the old one. The bike also features double seat and the bike looks more muscular than the old gen TVS Apache. Each parts of the bike have got muscle and this time the fuel tank has received more extension.

Furthermore, Jagadamba Motors has been importing the TVS Apache RTR 200 4V in Nepal and also has been looking after its sales and service.