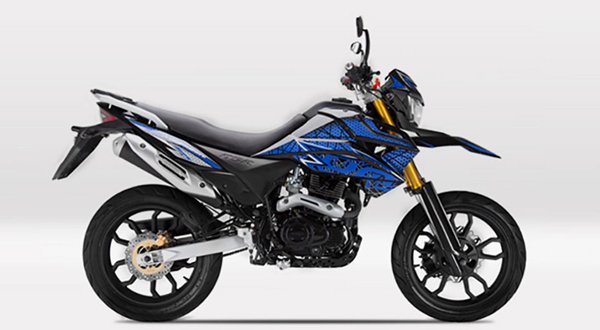 UM is a renowned American two-wheeler manufacturer which has manufactured various popular bikes like Renegade Commando, DSR and so on. The same company, giving continuity to manufacture famous bikes, released another powerful bike, The UM Hypersport.

The UM Hypersport is totally built on the body platform of an off-road bike. Everything, starting from the fuel tank, extensions, headlight look similar as of the UM DSR. The taillight is also copied from the DSR and the graphics also make the bike look stylish. The bike, however, is finished with high-end alloy wheel which makes it different from the DSR. Just like the DSR, UM exports two variants of the Hypersport in Nepal: Hypersport 200 and Hypersport 230.

Moreover, the Hypersport 200 and Hypersport 230 both feature single cylinder, four stroke engine. However, the engine featured in the 200 model provides maximum power and maximum torque of 14.89 bhp and 15.58 Nm respectively along with the displacement of 199 cc. Whereas, the engine equipped in the 230 variant is capable of producing maximum power of 16 bhp and max torque of 17.69 Nm with the displacement of 223 cc.

Furthermore, UM has been exporting the Hypersport 200 and 230 in Nepal under the dealership of IME Automotives Pvt.Ltd.