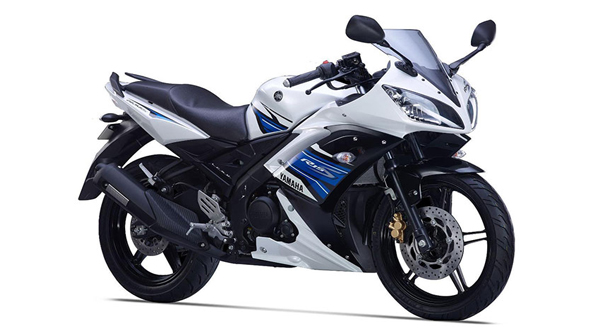 Yamaha is a renowned company as it has manufactured number of motorbikes which has been chosen and ride by many people. The same company has been producing various bikes under the R-Segment, however, those bikes are more expensive and cannot be purchased by many people. In order to fulfill the requirement, Yamaha, in the year 2008, launched a motorbike named the Yamaha R15. The R15 featured the sporty look as of the high-end bike like R1, R6, etc. Later, in the year 2011, Yamaha launched the second generation of the Yamaha R15 which came with refreshed taillight, a slim body, a partition seat and many other changes. Again after some period of time, Yamaha launched the updated version of R15, which featured updated look with some new changes.

The new Yamaha R15 V1.5 possesses the same body platform. However, the 1.5 version has been featured with new graphic design. The rear mudguard has also been made a little bit long. The bike is also equipped with well-cushioned seat which provides more comfort to the rider as well as pillion. Also, the bike is featured with Yamaha’s Humachine Technology that tends to provide comfort to the rider and the pillion even in the long road trips.

Moreover, Yamaha has been exporting the YZF R15 V1.5 in Nepal under the dealership of Morang Auto Works.