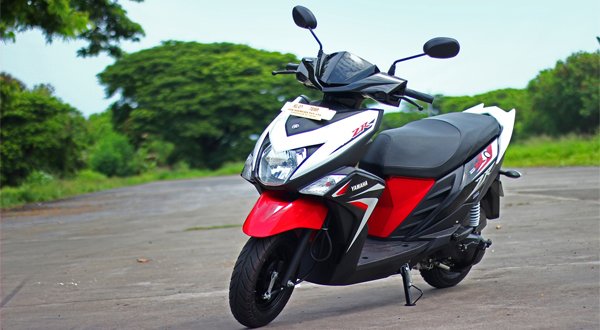 Most of the company including Yamaha has always focused on the scooters which are suitable for either girl or woman. However, Yamaha, thinking about the young boys who choose to ride scooter introduced Yamaha Ray ZR, the updated version of the existing Yamaha Ray Z.

The Yamaha Ray ZR, as the company has introduced the scooter as a boy’s scooter, receives a masculine exterior. The front part of the scooter has been perfectly sculpted to give it a muscular look. The normal taillight also has been revised with sculpted taillight which makes a perfect match with the scooter. The old meter console has also been replaced stylish console which is also clearly visible during the night.

Moreover, Morang Auto Works has been importing the Yamaha Ray ZR in Nepal and also has been looking after its sales and service.