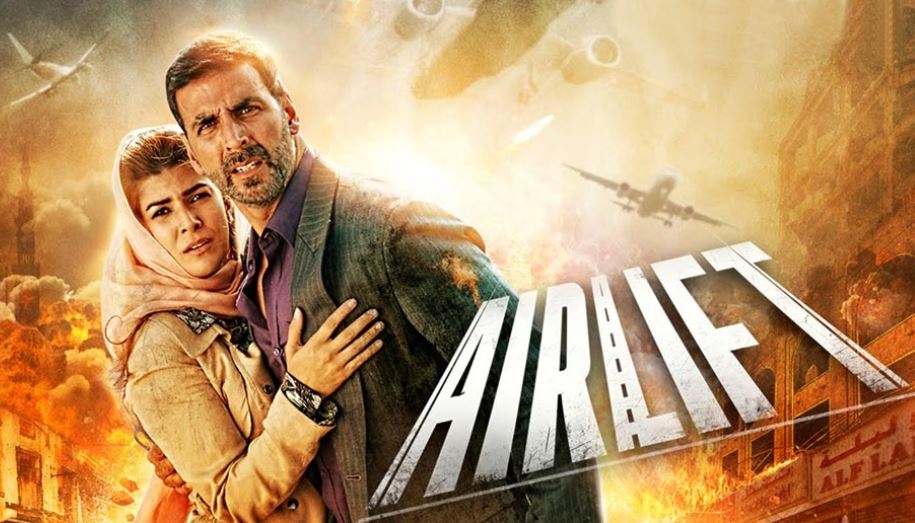 Airlift is considered to be the New Year’s first emerging hit that stars Akshay Kumar and Nimrat Kaur in the lead roles. The film got the positive and the good reviews from the audience that makes the decision to call Airlift to be the big hit of the tat of the year. The film gets released with the start of the year facing another release, Kya Kool Hain Hum 3. Despite of making competition, Airlift gives the steep decline to Kya Kool Hain Hum 3 and makes its place to be the first hit of the year of 2016.

The film is all about the thrilling war that consists of the electrifying roles of Akshay Kumar Nimrat Kaur, Lina and Purab Kohli. The film is written on the story of the war that was held between Kuwait and Iraq.

As mentioned above, the film is all about the crisis that was held between the two countries, Iraq and Kuwait. Saddam Hussain made attack on Kuwait and that attack subsequently expanded to gain the form of the war. Akshay Kumar is playing the role of a businessman, Ranjit, who is the Indian native but a citizen of Kuwait. On the night of the attack, that was the night of the 1st of August 1990, Ranjit has a small celebration at his house and his friends are really excited about that. The same night, Kuwait get attacked by forces of Iraq and this businessman walked in the circle of people to rescue the.

Ranjit got successful in rescuing almost 1, 70,000 Indians living in Kuwait. Ranjit uses the power of the Airlifter for the rescuing purpose and so the name of the movie derived.

The film is all about the tale of heroism of Akshay Kumar, who fights against the wild Iraqi soldiers. The film comes with all the positive reviews that make it a well- going patriotic film. The film is the complete package of the heroism, music and romance.

On a whole this film received a food response from India especially from the Mero Cities including Mumbai, Delhi and East Punjab. According to the viewers, the concept and the plot of the film is brilliant that is assisted with the power- packed performances of Akshay Kumar. The film is having the perfect background score, the careful placement of the songs and feisty dialogues that all contributed to the success of the film. The only thing that lack on the film is its opening. The viewers thought it to be the lag but the later film is brilliant.

While we count on the Box Office Collections of the film, only three hits are released with the start of the year. That is Airlift, Kya Kool Hain Hum and Wazir. Among which, Airlift managed to rise as the super hit film with the gross of 12.35 Crores on the first day. The weekend collection goes on to 34 Crores collectively. The sum of these makes approx. 85 Crores that is quite a considerable collection.