Bollywood Movie “Bewakoofiyan” slows off and the “Queen” rules 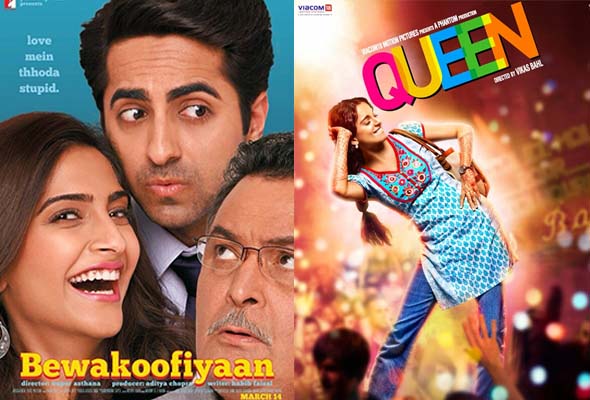 The “Yash Raj’s newest movie “Bewakoofiyan” starts off slow and the movie “Queen” continues to rule the cinema halls. Despite the good cast and good names, the occupancy in the morning and noon shows is not sufficient. The film industry even believes that the festival, Holi period is considered to be dull period as the ongoing exam period and the relatively low buzz surrounding can be the major reason for forbidding the youngsters away from the film. However, the poor morning shows have depicted to have no good indication. There are also other movies, “Hasee Toh Phasee”, “Highway” and the last’s week “Queen” that had just been a lukewarm start. The advantage for the movie is that the audiences will get couple of day’s holiday as Monday is Holi and this could be a merit to escalate the business of “Bewakoofiyan”. However, it is even reported that the movie Queen has performed very well in Week 2.