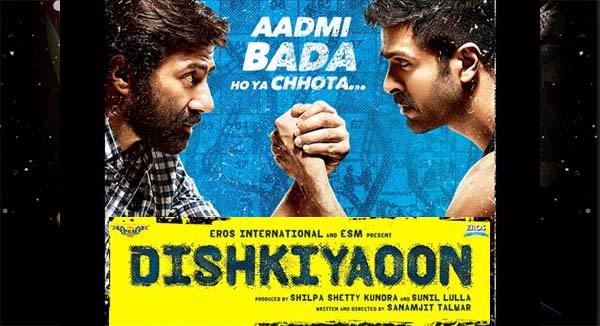 “Dishkiyaoon” is an action movie which has been produced by Shilpa Shetty, her husband Raj Kundra and Eros International. The movie is starred with the actors like Harman Baweja, Ayesha Khanna and Sunny Deol in the leading role. The movie was released on 28th of March 2014. The movie is also considered to be the disappointment since it has made a business of around Rs.2.4 Crore in 2 days at the box office, according to Koimoi.com. The movie is performing better than that of the movie, “O Teri”, starrer with Pulkit Samrat and Bilal Amrohi.