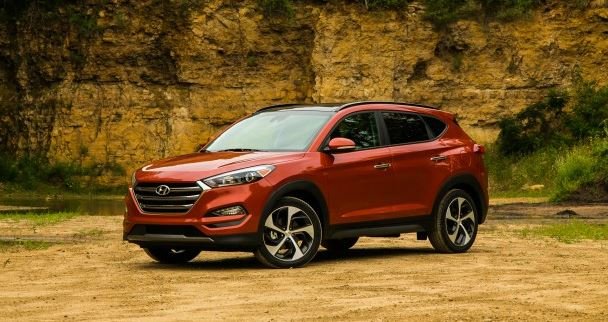 Manufactured by a South Korean automobile manufacturer Hyundai, the Hyundai Tucson is a mini crossover SUV which came into production in the year 2004. The first generation of Hyundai Tucson started in 2004 and ended in 2009. Similarly, the second generation was produced from 2009-2015. And the third generation was launched on 3rd of March at Geneva Motor Show and possesses some noticeable changes.

The new Hyundai Tucson features highly strung outer look along with modern inner part which is much more commodious in comparison with its predecessors. Besides, the car comes with new properties like Lane Departure Warning System, Blind Spot Detection, Rear Cross-traffic Alert, Lane Change Assist, Backup Warning Sensors and Automatic Emergency Braking (AEB). The car too features Hyundai Fluidic Sculpture 2.0 design which was introduced in 2015.  Furthermore, Laxmi Intercontinental is the authorized dealer of Hyundai which has been looking after the sales and service of it’s cars.