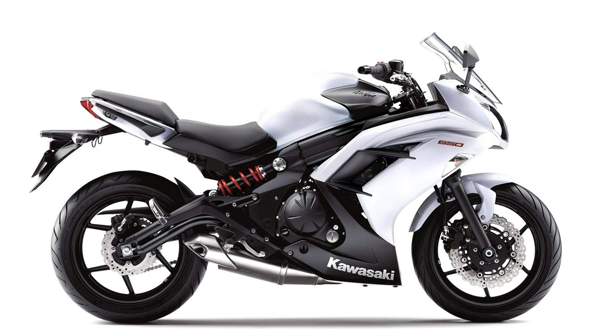 “Kawasaki” is a renowned Japanese two-wheeler company which has manufactured one of the world’s fastest bike, the Kawasaki H2R and other many motorcycles which are being used in the MotoGP. The same company has launched Ninja 650R, a famous bike from the Ninja Series.

The Kawasaki Ninja 650R looks little bit similar in the front to its younger brother, the Kawasaki 300R. However, the 650R has got more muscles than the 300R and the rear part of the bike is different than the 300R. The bike is also featured with high-end double seats which also promise in the comfort of the rider and the pillion.

Moreover, the Kawasaki 650R has got the height of 1200 mm and the bike is 2100 mm long. Further, the lower part of the bike is 145 mm far from the ground. Besides, Kawasaki has equipped the bike with powerful four stroke, liquid cooled, 649 cc engine which is capable of producing maximum power of 72 bhp and maximum torque of 66 Nm.

Furthermore, Kawasaki has been exporting the Ninja 650R in Nepal under the dealership of Hansraj Hulaschand & Co. Pvt. Ltd.