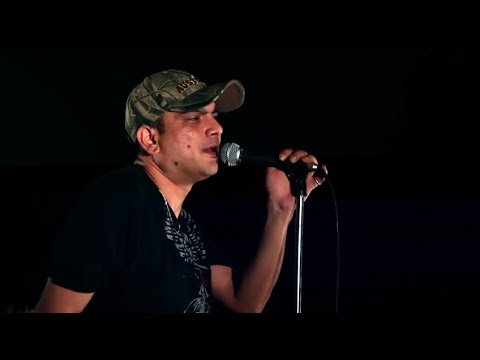 The music and lyrics of this song is written by Nabin K Bhattarai. Nabin K Bhattarai, a famous Nepali Celebrity. He entered into the musical field after his ISc, he formed a band named Steel Wheels with his friends, but as rest of the band members went abroad he continued as a solo singer. He has given ten more albums to Nepali music industry (from 1990 to 2012). His most recent album is Kathmandu. He is considered to be the first real pop-star and unarguably one of the greatest pop singers of Nepal with a huge number of fans following. His first ever award was Sajjan Smriti which was also followed by Chinnalata award and five more hits Fm awards. The music video is provided by Music Dot Com Pvt.Ltd. This song is so awesome and I can guarantee that once you listen to this song you will keep chanting it.

The music video is released officially online by Music Nepal via Youtube. Hope that you will enjoy this melodious Aadhunik pop Song.

Here is the lyrics for the song Ma Maya Laudina: