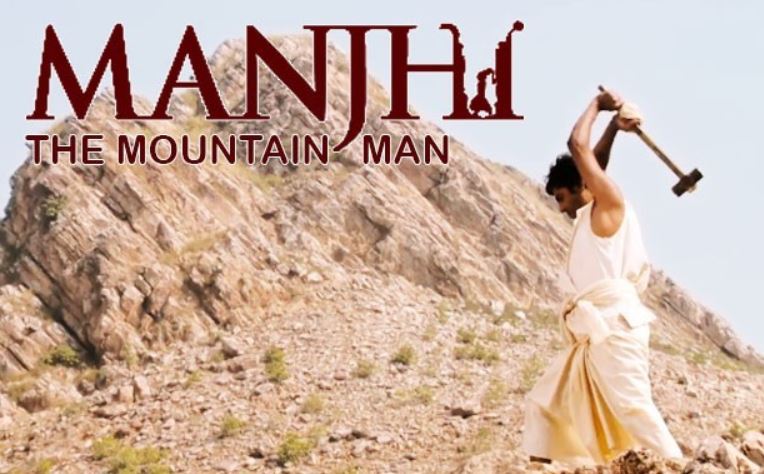 Nawazuddin Siddiqui has earned the title of the dark horse of the Indian film industry as he has been able to get huge fame in the industry, despite the fact that he is not the conventional hero material, but he is a true star in his right. And he has proved the same with his fantabulous acting in films like “Bajrangi Bhaijaan” and his latest, “Manjhi the Mountain Man”, which hit the silver screens on 21st August, 2015. Directed by Ketan Mehta, the film also stars Radhika Apte, GGaurav Dwivedi, Pankaj and Tigmanshu Dhulia. It is based on the true story of a man called Dasrath Manjhi, who took up the challenge of making way out a huge mountain, that too, on his own.

“Manjhi the Mountain Man” is a gripping narrative of a man called Dasrath Manjhi (Nawazuddin Siddiqui), who resides in a backward village of Bihar and is deeply in love with his wife Phaguniya (Radhika Apte). But fate snatched her away from him and he holds a mountain responsible for it because this is the mountain which stands between his village and Wazinrganj, the town across it which has to be reached for medical help. Phaguniya too is killed as she falls of the mountain, due to dearth of medical facilities. This is when Dasrath takes up the challenge to carve his way through the mountain single handedly, with only a hammer and a chisel to help him. He vows that no one else in the village would die the way his wife did and he is bent on completing the task, no matter what it takes. He embarks on this seemingly impossible mission, and completes it after 22 years of hard labor, fighting nature, people and the curse of caste discrimination along the way.

Nawazuddin Siddiqui has done it yet again, proving that he is unmatched in creating reality with his perfect acting. And the best thing is that he looks so natural that you can’t believe that someone else could have been Dasrath Manjhi. Radhika Apte performs Phaguniya to perfection while Tigmanshu Dhulia too excels in the role of the village Zamindar. All the characters fit well into their roles, but the true star is as always, Nawazuddin Siddiqui. Ketan Mehta has handled this beautiful and unconventional love story in an exceptional manner. Delicate issues like caste system, untouchability and social inequality are treated well in the backdrop of this amazing biopic, which touches your heart strings with every dialogue, expression and emotions. The only part where the film lacks is the faked Bihari accent of some characters. Still, the movie has all it takes to be a hard hitting drama, thanks to the power packed performances of the actors.

Despite the extraordinary script, good direction and great performances, “Manjhi the Mountain Man” has not been able to get the opening it deserved. It managed a meager box office collection of only Rs 1.40 crore on its first day. The total collection on the first two days on the box office was only Rs 3.65 crore. The movie deserves much more and hopefully, it will pick up pace in the coming days.