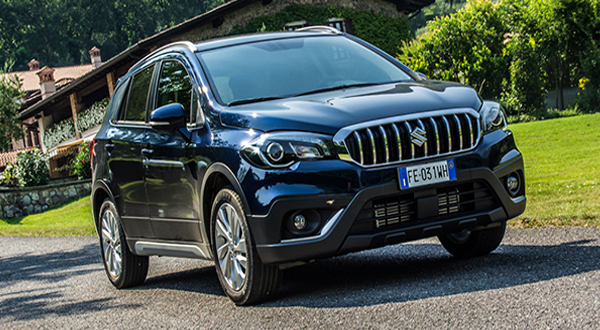 The Maruti Suzuki S-Cross, also called SX4 in past, is a compact SUV car manufactured mutually by Suzuki and Fiat, a Japanese and an Italian manufacturers respectively. The Suzuki S-Cross, likely to other cars, has passed two generational changes. The first generation of S-Cross came into production from the year 2006 to 2014 and used to be produced as a sedan and a hatchback car.

In the year 2012, Suzuki released the concept of second gen Suzuki S-Cross at Paris Motor Show as a forthcoming car. Later in the year 2013, Suzuki unveiled the design of new S-Cross at Geneva Motor Show. The new gen S-Cross was made bigger than its predecessor in all aspects. The new S-Cross features length and height of 4300 mm and 1590 mm respectively. The front tires and the rear tires are separated 2600 mm away from each other.

In Nepal, Suzuki has been exporting 7 different variants of the S-Cross under the dealership of CG Nxt Gen.