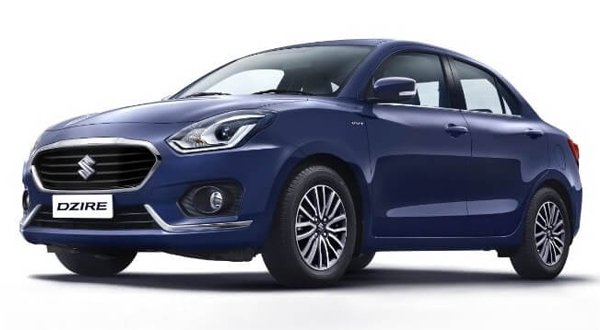 The Suzuki Swift DZire is the Sedan version of the Maruti Suzuki Swift and is manufactured by the Indian subordinated of Suzuki. The Swift DZire, which was manufactured under the basis of 3rd Gen Swift, was a second sedan car produced by Maruti. Maruti has featured the same engine which was featured in the hatchback version. Besides, the company had changed the suspensions of the car.

In the year 2015, the company released the updated version of the Suzuki Swift DZire. The car was also successful to get the rating of most fuel efficient car diesel car in India. Moreover, Maruti has made the car available in automatic variant as well.

Furthermore, the Maruti Suzuki Swift DZire is a smallest sedan car produced by Maruti Suzuki till the date possessing the length and height of 3995 mm and 1555 mm respectively. Besides, the front and rear wheels are 2430 mm away from each other.