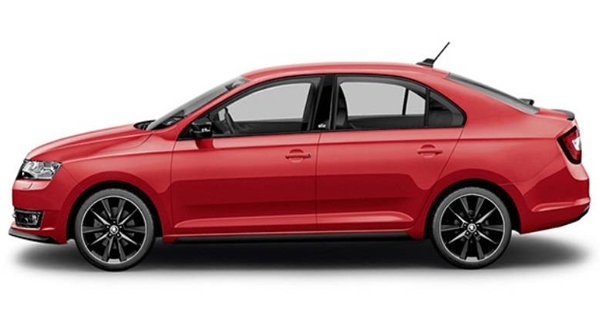 Skoda India manufactured the New Skoda Rapid 2017 in the Rapid line-up which was first started in 1935-47 Skoda automobiles situated at Czech. The new Rapid, basically based on the Skoda Fabia hatchback car, has been made available in the hatchback and sedan versions. In the year 2011, Skoda launched the Rapid sedan in India and proved out to be a successful vehicle. This time Skoda India has made some perceptible changes in the new version of the Skoda Rapid.

Skoda has featured a freshly designed front dashboard in the new Skoda Rapid which also can be seen in other newly manufactured cars. The front facelift of new Rapid features a new design radiator-styled front grille surrounded by a finished frame dressing and new jagged headlight that makes the vehicle look more aggressive. The rear part of the vehicle too is featured with new outline of bumper which makes the car look more attractive.

Talking about the interior, the 2017 version of Skoda Rapid features an attractive cabin. The interiors look standard, well-finished as of the Volkswagen Vento. The cabin too has been updated to make it comparable with the exterior.

Not only in the exterior and interior, but Skoda has also given its concentration on the safety of the car. Skoda has featured Anti-Lock Braking System (ABS), and dual airbags at the front for the safety of its owner.

Beside, Skoda has been exporting 3 different varieties of New Rapid in Nepal under the dealership of Skoda M.A.W.