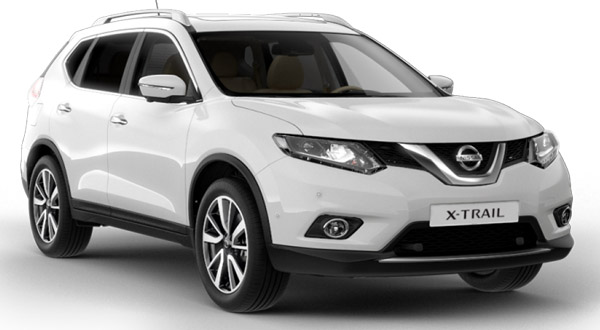 Manufactured and marketed by Nissan, a popular Japanese automobile manufacturer, the Nissan X-Trail is a medium sized SUV car that has been manufacturing since the year 2000. The Nissan X-Trail has already passed two generations and right now it is in its third generation. The first and second generations of car were produced between the years 2000 and 2013. Similarly, Nissan launched the third generation of X-Trail at Frankfurt Motor Show held in the year 2013.

Furthermore, Nissan has made some new noticeable changes in the 2017 model of the Nissan X-Trail. Nissan has featured redesigned LED projector headlights and taillights which contains daytime running LED lights.

Moreover, the Nissan X-Trail acquires the height of 1820 mm and is 4640 mm long. Besides, the front and the rear wheels are 2705 mm away from each other and the lower chassis maintains the gap of 210 mm from the ground.

Additionally, Dugar Automobiles Private Limited is the authorized dealer of Nissan automobiles in Nepal which has been importing its cars and looking after its sales and service.