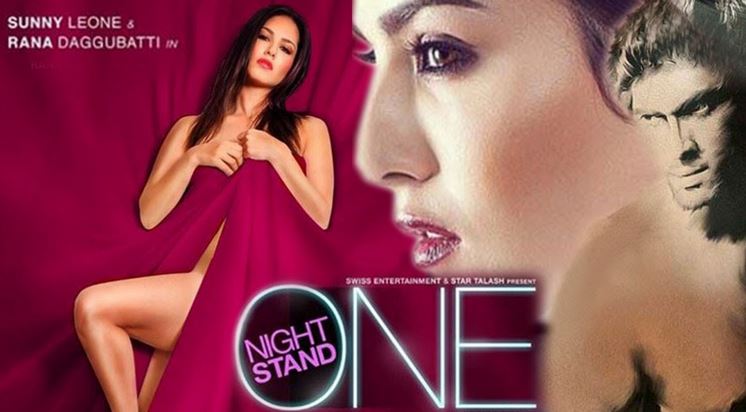 One Night Stand is the latest movie released on May 6, 2016. The movie features Sunny Leone, Nyra Banerjee, Ninad Kamat and Tanuj Virwani. The movie is directed by Jasmine D’Souza. This Hindi Movie is produced by Pradeep Sharma and Furquan Khan under the banner of Swiss Entertainment. The movie was distributed with Prime Focus Limited.

The movie One Night Stand is based on the concept of a life when a woman starts living as a man. The story begins with the Celina (Sunny Leone) and Urvil (Tanuj Virwani) have a one night stand. The self proclaimed Casanova Urvil, however does not get her out of his mind. However, the plot revolves around Celina who lives life as a Casanova and have one night stand with many. Well, the movie has taken some of the issues very smoothly like marital rape, career after marriage for women in India and others. However, the plot takes on a ride that does not yield anything apart from hot and bold scenes in the movie.

The story of the movie was made just to make a movie and there was hardly any need of it. It is assumed that considering the past of Sunny Leone, the movie has been made. However, only bold scenes and hot scenes are not the ingredient of any movie. Sunny Leone is still learning as actress. However, the performance of the movie is not only about the actors but also about the narration and the script. The poor narration and the direction of the movie have made it even worse for the audience. The movie is dull and does not have much entertainment factors with it. The bold scenes of Sunny Leone are no longer of the success mantra and the producers and directors are missing that. The photography and the cinematography of the movie are utterly poor as well. The script goes here and there and audience found it difficult to find the link between the events. However, the movie picked up some social messages about women and portrayed that as well. Sunny Leone looked absolutely gorgeous when looked at the screen but she now needs to pick up her acting skills as well in order to thrive in the movies and cinema. Ninad Kamat is the only actor who uplifted the performance level but everyone else looked pale and doing some routine acting.