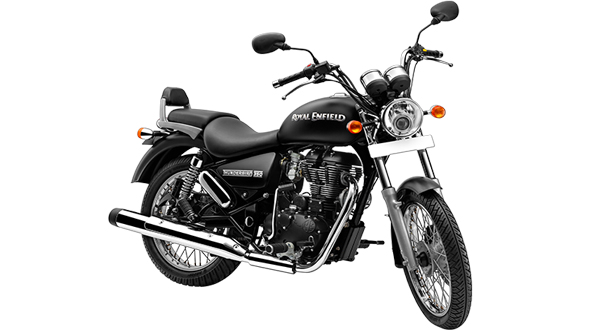 The name “Royal Enfield” makes us remind of famous motorcycles like the Royal Enfield Classic, Electra, Himalayan and so on which has ruled the motorcycle markets. Following the same trend of manufacturing famous bikes, dated back to the year 2000, Royal Enfield launched a motorbike named Royal Enfield Thunderbird 350 with its elder brother Thunderbird 500. However, in the year 2012, the company changed the bike in some areas as per the need of the time.

The new Royal Enfield Thunderbird 350 has been refurbished with new body design. The old traditional analogue meter console has been replaced with new digital meter console. The old exhaust has also been replaced with a new one. The new Thunderbird has also been featured with double seat, and the thing to notice in the new Thunderbird 350 is rear disc brake which was lacked in the old version. Also, the new gen has been featured with projector headlamp and LED taillight.

Moreover, the Thunderbird 350 possesses height of 1080 mm and is 2120 mm long. Also, the bike is 790 mm wide having the weight of 192 kg. The front wheel is, further, 1350 mm far from the rear wheel and the chassis maintains the gap of 135 mm with the ground. Further, the company has equipped the bike 4 stroke, air cooled, 346 cc engine which is capable of producing maximum power of 20 bhp and maximum torque of 28 Nm.

Furthermore, in Nepal, Thunderbird gets imported under the vendorship of Dugar Automobiles Private Limited.