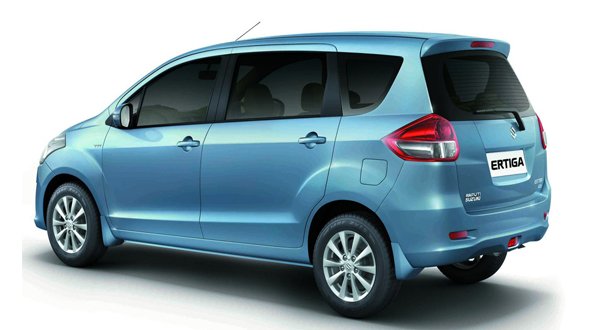 Manufactured and marketed by a reputed Japanese auto manufacturer Suzuki and its Indian subordinate Maruti Suzuki, the Suzuki Ertiga is a 7 seated compact MPV car that came in production in the year 2012.

Maruti Suzuki launched the car in order to compete with competitors like Toyota Innova, Tata Sumo Grande, Toyota Avanza, Honda Mobilio , Renault Lodgy, and Nissan Grand Livina. Based on the platform of Suzuki Swift, the Ertiga is featured with 1.4 liter K-Series Petrol engine. Besides, the car is also available in the diesel variant featuring Fiat’s 1.3 liter Multijet engine.

In the year 2015, Maruti Suzuki launched the 2016 of Ertiga ranging from the price range of 5.99 lakhs to 9.25 lakhs (for high spec SHVS variant) at Ex-Delhi. After the Ciaz, the 2016 Ertiga was the second car to be featured with SHVS hybrid diesel engine.

Moreover, Maruti Suzuki has brought some improvement in the interior as well. The company has featured a START/STOP button in the new Ertiga. A new 15” alloy wheel set along with the SmartPlay infotainment system comprising features like TFT touchscreen display, integrated reverse parking camera with sensors, Bluetooth, voice command and navigation system can also be seen in the car.

Furthermore, three variants of Ertiga is being imported in Nepal under the dealership of CG Motocorp.