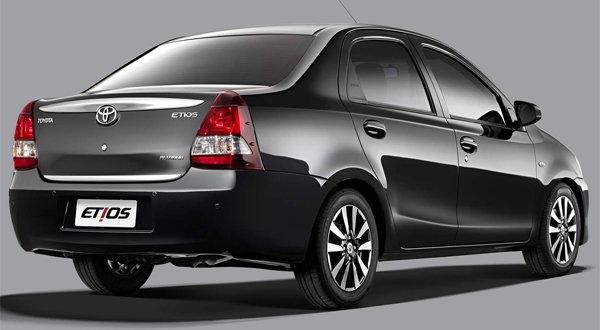 Manufactured and marketed by a famous four wheeler company Toyota, the Toyota Etios is medium sized sedan car that came into production in the year 2010, and is still being produced at the Indian factory situated at Bidadi, Karnataka. Toyota, first unveiled the car as a ‘concept car’ at Auto Expo held at Delhi in the year 2010. However, the company started to manufacture it on December 2010 and the competitors of this car are Maruti Suzuki Swift DZire, Honda Amaze, Hyundai Amaze, Hyundai Xcent, Tata Zest, Mahindra Verito, Chevrolet Sail, Ford Figo Aspire, and Ford Fiesta Classic.

Moreover, Toyota has made the car available in two fuel variants; petrol and diesel. The petrol engine gives the displacement of 1496 cc, maximum power of 89 bhp and maximum torque of 132 Nm. Similarly, the diesel engine provides maximum power and torque of 67 bhp and 170 Nm respectively.

Furthermore, Toyota has been exporting the petrol variant of Toyota Etios in Nepal under the dealership of United Traders Syndicate.