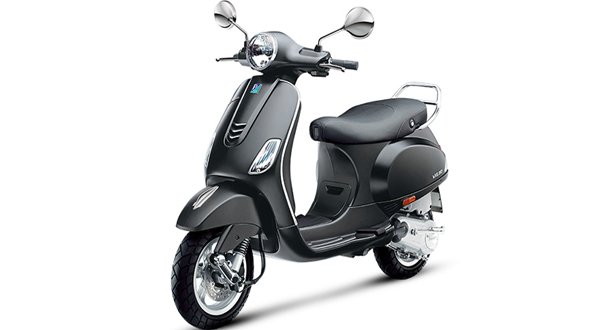 The Vespa VXL has also been on the same classical platform. However, the scooter is featured with some distinguishable features on the body that makes it look unusual than other variants of Vespa. The chrome grille on the front part of the scooter is different than the Vespa Elegante, and the SXL Series. Nevertheless, the scooter looks identical to its younger sibling, Vespa VXL 125. The headlight, meter console, rear viewing glass, everything is same as of the VXL 125.

Moreover, the Vespa VXL 150 possesses height of 1140 mm and is 1770 mm long. Also, the wideness of the scooter is 690 mm and the front and the rear wheel maintains the gap of 1290 mm from each other. Further, the scooter powers itself with 3 valve, aluminum cylinder head, overhead cam and roller rocker arm engine. The particular engine is also capable of providing max power and torque of 11.40 bhp @ 7000 RPM and 11.50 Nm @ 5500 RPM respectively.

Furthermore, Piaggio exports the Vespa VXL 150 in Nepal under the dealership of D-Lifestyles Pvt. Ltd