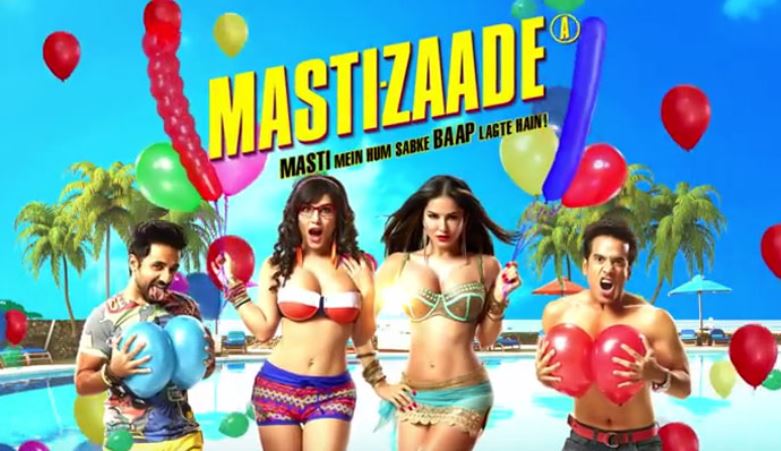 The success of movies like “Masti”, “Grand Masti” and “Kya Kool Hai Hum” has shown the penchant of the Indian audience for sex comedies and the latest of Bollywood movies in this genre is “Mastizaade”. The presence of the beautiful and alluring diva Sunny Leone in this movie says everything about it. The male leads are played by sex comedy specialists, Tusshar Kapoor and Vir Das. Others in the star cast include Asrani, Suresh Menon, Sushmita Mukherjee and Viveck Vasvani. “Mastizaade” is written by Mushtaq Sheikh and directed by Milap Zaveri. The movie hit the silver screens on 29th January, 2016.

“Mastizaade” is a movie based around the gorgeous Sunny Leone and much of the plot revolves around the actress, who has been cast in the double role of the twin sisters named Laila and Lily, with the surname, guess what…..Lele. While Lily is a saree clad, bespectacled simpleton, Laila is the short skirted bombshell. Enter the sex addicts, Tusshar Kapoor aka Sunny Kele and Vir Das aka Aditya Chotiya, who fall for Lily and Laila respectively. Next comes, a series of adult jokes and dialogues in a movie which actually has no plot of its own. Sushmita Mukherjee plays an elderly sex enthusiast while Asrani is cast as an old rifle clad man. Suresh Menon is a gay character, though he does nothing to invoke laughter. Riteish Deshmukh makes a fun filled guest appearance.

Sunny Leone is the hottest property in Bollywood today, with her drop-dead gorgeous looks and super sexy figure, but unfortunately, she is all so boring when it comes to her acting. There was a time when she proved that she has what it takes with “Ragini MMS 2”, but Sunny has failed in this attempt.The script of the movie is absolutely pathetic and it bears an uncanny resemblance to that of another close release “Kya Kool Hai Hum 3”, another venture by the same writer director team. What else, the star cast also resembles that of the other movie, which makes it lack because of the dearth of originality. The only saving grace of the movie is the amazing comic timing of the male leads Tusshar Kapoor and Vir Das, and also that of the guest star, Riteish Deshmukh. It is actually something that makes the movie shine in bits and pieces, but still the movie is not good enough to be called an original sex comedy of India. There is nothing noteworthy in the performance of the supporting cast of “Mastizaade”.

“Mastizaade” has been a much awaited release, especially speaking about a particular segment of the Indian audience. The reviews of the movie have failed to impress, yet the Sunny factor has been powerful enough to pull the crowds to the cinema halls. The movie has actually surprised the critics by minting an unexpected collection of Rs 18.20 crore during its first weekend at the box office. The first day got Rs 5.59 crore, followed by an awesome figure of Rs 6.11 crore on Saturday and Rs 6.50 crore on Sunday.