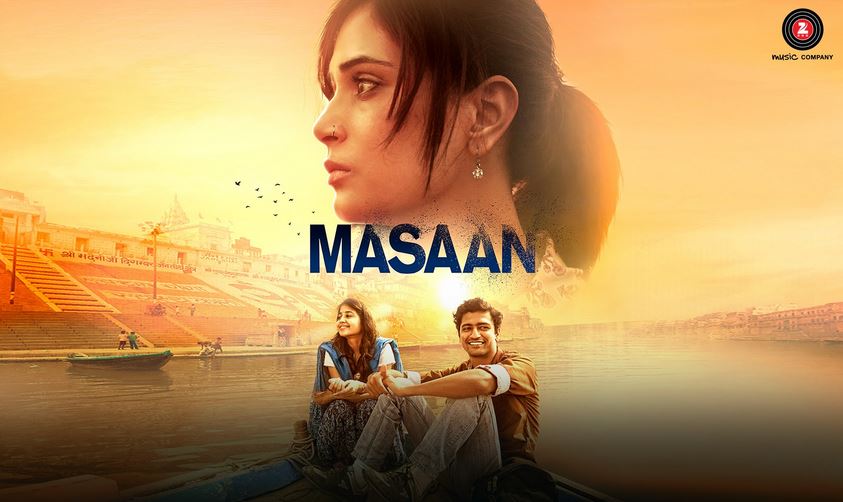 “Masaan”, a short word for “Shamshaan”, which means a crematorium in English, is a Hindi movie which is much awaited by the Indian audience because it has already garnered appreciation at the Cannes Film Festival 2015. It is the directorial debut of Neeraj Ghaywan, who has assisted Anurag Kashyap in the making of “Gangs of Wasseypur”. The movie is an Indo-French joint venture and stars Richa Chadda, Vicky Kaushal, Shweta Tripathi, Sanjay Mishra, Pankaj Tripathi and Nikhil Sahni in the pivotal roles. After bagging the prestigious FIPRESCI Prize in the Un Certain Regard section at the Cannes Festival, the film is all set to rock the country after its release on 24th July, 2015.

“Masaan” is a story based in Banaras and narrates the parallel track of two people living in teh city, Devi (Richa Chadda) and Seepak (Vicky Kaushal). Devi, a college student, is the daughter of a Pandit called Vidyadhar Pathak (Sanjay Mishra). She lands into trouble when she is caught in a hotel room with her college friend during a police raid. Devi and her family are then blackmailed by a police officer, who threatens to expose her sexapade if they do not give him a huge bribe. Teh other story is that of Deepak (Vicky Kaushal), who is a low caste Dom, the people who work at the funeral ground. His life takes a twist when he falls in love with an upper caste girl Shaalu (Shweta Tripathi) and he starts dreaming of a life with her, which seems to be an impossible fare. But will both Devi and Deepak be able to put an end to all their problems and live happily ever after? You have to see the movie to find out.

With its acclaimed run at the Cannes, “Masaan” has already proved that it has all it takes to grip the audience. The film tells that the debutante director has the magic to weave stories and also that he has a bright future waiting for him in the industry. The story, along with the stellar performances by all of its star cast, is sure to pull your heartstrings. All the characters fit into their shoes perfectly and the director works deft magic with them, weaving them together in a touching and haunting story. The transition between romance, tragedy and drama, as the stories of the main characters glides on, is so smooth that you hardly know when the gears are switched. Though all the actors have given stellar performances, Vicky Kaushal has come across as the find of the year.

With its success at Cannes, “Masaan” is already a hit in one sense, but the litmus test in India comes in the form of box office collection. Though the movie has garnered excellent reviews from all over, with as many as 4 stars from experts and critics, it did not get a good occupancy on the first day of its release as the box office is already being dominated by “Bahubali” and “Bajrangi Bhaijaan”. It collected a sum of Rs 1.75 crores as the first day collection but the figure is likely to improve with time, thanks to the positive reviews it is getting.